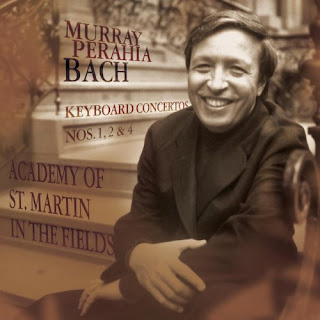 
I should say at the outset that the only reason this is not a five-star disc for me is personal taste: although I love to hear Bach's solo works well played on a piano (including Murray Perahia's fabulous recordings) I can't really get on with the concertos on the piano.  I don't know why, there's no real sense in it, but they just don't sound right to me unless they're on a harpsichord.

That said, these recordings are the best I've heard on the piano.  There is a lovely fluency and depth here which even the great Angela Hewitt doesn't match for me – and that's really saying something.  Perahia's magnificent touch and apparently instinctive understanding of Bach shine through and his direction brings similar sensibility from the always excellent Academy of Saint-Martin-In-The Fields.  There's a delightful dancing feel to the outer movements (as there should be) and the slow movements are very beautiful – the Larghetto from the A major Concerto, especially.

So, if you're looking for a piano interpretation of Bach's keyboard concertos, I don't think you can do better than this.  If this is your thing, then ignore my slight, very personal caveats and snap this up.  Even if you're not keen on Bach on the piano, this may well be worth investigating; it's the closest I've come to really enjoying the concertos played on the piano and it may possibly convert me yet.  Recommended.
Posted by Sid Nuncius at 10:35 No comments: 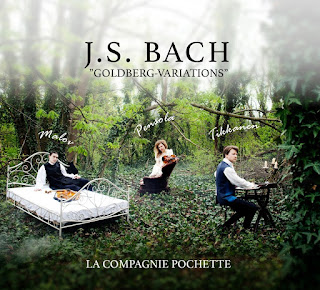 Review:
Not really for me


I'm afraid I can't really see the point in this recording.  It's OK in its way and I'm pretty sure there hasn't been a recording with violin, viola and violoncello da spalla…but I'm not sure we really needed one.

The arrangement is good, and the three musicians play well enough, but there seems to be little in the way of new insight here.  They are quite rhythmically free, tending toward more Romantic gestures, which isn't an approach I like in Bach and for me this wonderful, monumental work often just sounds a little dull – certainly when compared to the fabulous recording by the Leopold String Trio.

I'm afraid I can't really recommend this.  It's a worthy attempt, but not one which I really enjoy.  Others may like this more than I do – there's nothing actively wrong with it, after all – but I'll be sticking to my treasured Leopolds recording for the Goldbergs played by a string trio.
Posted by Sid Nuncius at 07:53 No comments: 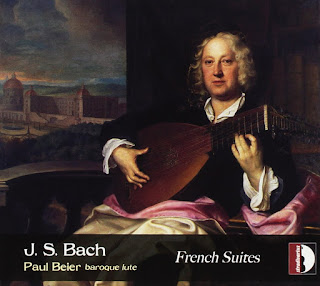 Review:
Good, but not flawless


I think this is a creditable achievement but it's not a disc I can wholeheartedly enjoy throughout.

Bach's French Suites were written for keyboard, so transcribing them for the lute is a significant challenge.  I think these transcriptions are well done, in that they capture much of the spirit and musical structure of the originals, which are quite magnificent works.  Paul Beier plays them well, but I do find that there is quite often a lack of the sense of ease and flow which, say, Nigel North or Paul O'Dette achieve in their Bach recordings.  There's a slightly halting feel which does impede the flow of Bach's rhythm; it's not a major problem, but I do find it's enough to intrude on my enjoyment more than I would like.

The recording quality is very good, with a fine, mellow sound to Beier's lute.  However, there is some intrusive breathing; again it's not terrible, but it's quite annoying at times.

So, a good disc but with some flaws to my ears.  Nonetheless, as a lover of the lute I think it's good to have such transcriptions available and I can still recommend this disc, with some minor reservations.
Posted by Sid Nuncius at 10:07 No comments: 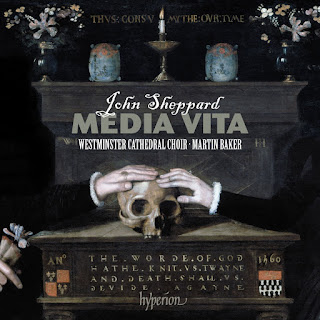 
I love this disc.  Purely as a matter of personal taste, I haven't always got on well with Westminster's recordings, generally preferring the smaller ensembles to this choir's larger, more churchy sound.  However, this is simply stunning.

The music here is truly wonderful.  Media Vita, in particular, is one of the true gems of English Tudor polyphony, and Gaude, gaude, gaude Maria and the Missa Cantate are both also very fine works.  Westminster Cathedral's choir has been a world-class ensemble for many years, of course, and for me this music suits them magnificently.  There is something about the English structure and cadences here which they catch perfectly, so the whole thing just glows with beauty.  They manage to preserve the clarity of individual lines while blending into a truly lovely whole, and there is s real sense of spirituality and engagement with the text they are singing.  It's an exemplary performance, I think.

I already own and love the superb recordings of Media Vita by The Tallis Scholars and Stile Antico.  This is just as good.  The presentation and recorded sound are up to Hyperion's usual excellent standard and it's a fabulous disc all round.  Very warmly recommended.
Posted by Sid Nuncius at 10:15 No comments: