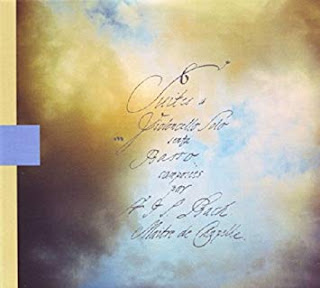 Review:
Not for me

I'm afraid this recording wasn't for me.  There are certainly good things about it, but it has some serious flaws.

Rainer Zipperling is a very fine cellist; he has a lovely tone here and there is virtuosity in abundance – but therein lies some of the problem, I think.  He takes some movements at breakneck speed which certainly shows what amazing technique he has, but does Bach's music no favours at all.  For example, the wonderful Prelude to the Third Suite is played so fast that all it's beauty, including those magnificent, moving wide arpeggios, is lost in a blizzard of notes.  Even the extraordinary Sarabande from the Fifth Suite, although it is taken at a sensible tempo, lacks the real spiritual depth brought to it by, for example, Steven Isserlis or David Watkin in their superb recordings.

It is possible to take some movements quite quickly and to bring individual quirkiness to the Cello Suites while still doing them proper justice – try Anne Gastinel's delightful interpretation, for example.  I'm afraid I don’t think that Zipperling manages it, though, and although I admire his work with the excellent Camerata Colln very much, I can't recommend this solo effort.
Posted by Sid Nuncius at 07:20 No comments: 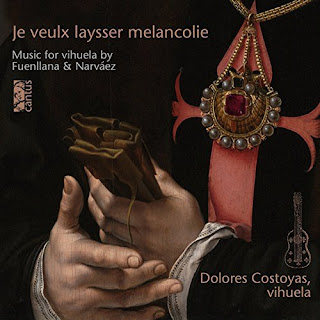 I think this is a terrific disc.

I sometimes struggle a little with vihuela music even when played by the great Hopkinson Smith because I find the vihuela a slightly unsympathetic instrument, but here the overall sound is lovely and both the playing and music are excellent.  It's a lovely, varied selection from both Fuenllana and Narvaez, which is given real life and feeling by Dolores Costoyas.  The recored sound is truly lovely and I think it's an excellent disc all round.  Very warmly recommended.
Posted by Sid Nuncius at 19:29 No comments: 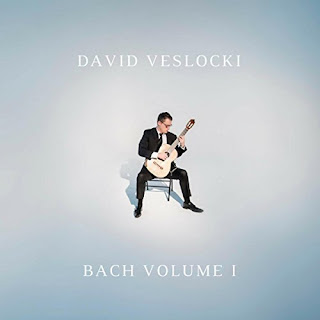 Review:
Not for me

Whether or not you like this disc will be a matter of personal taste.  Bach's music is wonderful, of course, and David Veslocki is a fine guitarist, but his interpretations won't be for everyone.

The chief work here is Bach's Lute Suite in E minor, BWV 996, plus a selection of movements from other works.  There is a slight air of Bach's Greatest Hits about it, but that’s fine by me.  What I find harder to take is the very romantic, almost sentimental style in which Veslocki plays.  To my surprise, I rather like the Prelude to the First Cello Suite played as though it were a gentle lullaby, but that feeling throughout the disc gets far too much for me.  Many of these movements are dances, but that gets lost much too often for my taste.

So, this isn't really a disc for me, but others with different taste may like it much more.  Certainly the musicianship is very good, so I'd recommend listening to a few samples and if you like them then the disc won't let you down.  For me, though, it's not Bach as I like to hear him so my own recommendation is very qualified.
Posted by Sid Nuncius at 07:44 No comments: 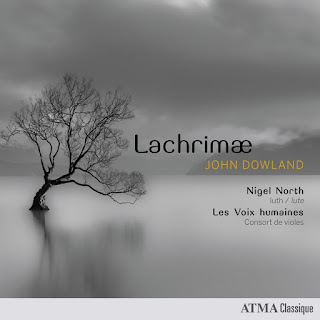 This is a terrific interpretation of Dowland's Lachrimae.  It's up against some extremely stiff competition but is among the best, I think.

The music is fabulous, with arrangements for viol consort of the Lachrimae and a number of other Dowland pieces, some well known and others less so.  As a programme it works very well and never drags or becomes at all samey.  The playing is excellent, with a fairly mellow overall sound from a superb viol consort and Nigel North's brilliant lute playing.  It's a delight from start to finish, excellently recorded by ATMA.

I find it hard to choose between this and the recent outstanding release from Phantasm and Elizabeth Kenny.  Both are brilliant, with Phantasm perhaps a little more intense and tragic than Les Voix Humaines, who are a little more mellow and melancholy.  I love both and I can recommend this very warmly indeed.
Posted by Sid Nuncius at 07:25 No comments: 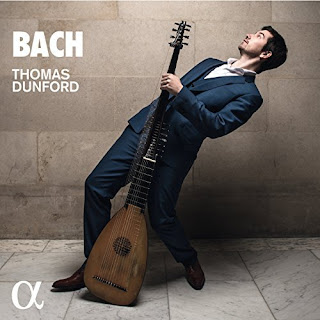 I think this disc is a joy.  It's wonderful music, excellently played and beautifully recorded.

Thomas Dunford is an excellent lutenist; here he has made arrangements of the First Cello Suite and the mighty Chaconne from the D minor Violin Partita, and plays Bach's own lute arrangement of the Fifth Cello Suite.  It is magnificent music from start to finish and Dunford's arrangements capture the spirit of Bach's originals very well.  He also plays beautifully; there is some quite marked rubato in his phrasing in places but he never forgets that these are dances and the essential pulse of Bach is never lost.  There is plenty of depth here, too; for example, the Sarabande from the Fifth Suite has all the spiritual intensity you could wish for and the great Chaconne is quite stunning, including Dunford's fine decision to play the last, breath-holding note with no harmony or adornment whatsoever.

Dunford's theorbo has a wonderful, rich and mellow sound augmented by a resonant acoustic and superbly captured by Alpha's recording.  I have loved Pascal Monteilhet's theorbo transcriptions of the Cello Suites for many years and this is at least their equal, I would say.  It's a fabulous release and very warmly recommended.
Posted by Sid Nuncius at 10:46 No comments: 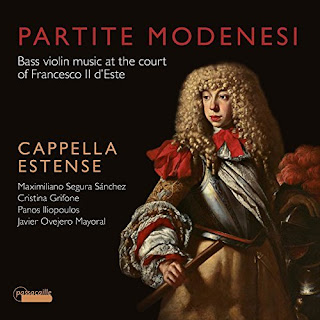 I'm afraid I was very disappointed in this disc.  I love the viola da gamba and was looking forward to hearing some unfamiliar music on it, but the music itself was rather uninspiring and the playing left me cold.

The disc opens with a cantata for soprano and bass viol by Alessandro Scarlatti, which is a great deal more about the soprano than the viol and, like most of Scarlatti senior's works, I find it rather dull.  Things don't pick up much with the two ricercars by Antonii which are, frankly, pretty uninspiring pieces.  Worse, the playing sounds very stiff to me – a world away from the lovely, fluent style of Susanne Heinrich, Paolo Pandolfo and many other fine players.  Even the recording doesn't really bring out the depth and resonance of the instrument.

I'm sorry to be so critical, but this disc was a real let-down for me.  Others may enjoy it more than I did, but personally I can't recommend it.
Posted by Sid Nuncius at 07:59 No comments: 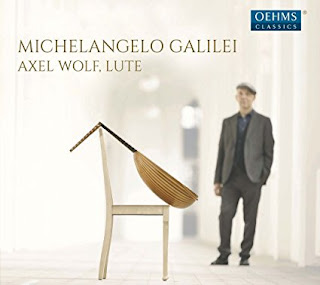 This is an interesting and enjoyable disc of lute music from the early 17th Century.  Michelagnolo was the son of the lutenist Vincenzo Galilei (and brother of the great scientist Galileo) and was plainly a talented composer and skilled player.  His music is interesting and varied, and although perhaps not quite of the quality and innovative interest of contemporaries like Kapsberger, it is very enjoyable.

Axel Wolf plays with skill and engagement, and the recording is very good, making his instrument sound lovely.  Anyone with an interest in lute music will find this an enjoyable and rewarding disc and I can recommend it.
Posted by Sid Nuncius at 06:55 No comments: