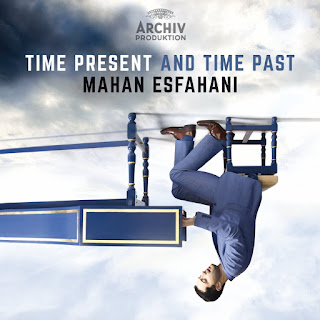 This is an extraordinary CD with some outstanding playing on it. How you respond to it will depend on how you feel about the music itself. (I have appended a track list at the end of this review.)

Mahan Esfahani is quite astonishingly brilliant here. His virtuosity is breathtaking in places - in Steve Reich's piano phase which is double tracked and calls for quite remarkable precision and dexterity to be maintained flawlessly for 17 minutes, for example. He also shows a fine engagement with the music, giving the Baroque pieces in particular real meaning. It's a tour-de-force of a performance, and its brilliance coupled with the fine sound of Esfahani's harpsichord (beautifully recorded by DG) is an emphatic rebuttal of Beecham's famous, admittedly funny, but completely wrong-headed dismissal of the harpsichord. (In case it has slipped your mind, he described the sound of the harpsichord as "two skeletons copulating on a tin roof in a thunderstorm.")

I tried the disc because I have such immense respect for Esfahani and have enjoyed his previous recordings, but Gorecki and Reich aren't my normal choices for repeated listening. That remains true here, I'm afraid. The Baroque pieces are very enjoyable and superbly performed all round, I think, with genuine intelligence and involvement which is a world away from some of the wallpapery stuff we sometimes get in Baroque recitals. However, the Gorecki and Reich works are ones I'm glad to have heard but wouldn't want to be tackling on a regular basis. They are demanding and pretty hard going in places - the Gorecki particularly, where I felt I was being walloped over the head for prolonged passages - and don't leave me with much of a sense of what they were really about.

This is a matter of my personal taste, of course, which you may well not share. Certainly, this is a disc of astonishing virtuosity and fine music-making. For me, it's a bit of a mixed bag but if you like this repertoire you'll love the disc.

On this disc:
Alessandro Scarlatti
1. Variations on 'La Folia'